Sydney is Australia’s most popular tourist destination, welcoming over 4 million visitors each year. It is an iconic city that is well known for its world-famous landmarks, stunning beaches, and vibrant nightlife.

If you’re planning to holiday in Sydney, the weather is probably top of mind. You’ll want to know the high season and the low seasons so you can avoid crowds and enjoy the best weather possible.

This guide will break down the best time to visit Sydney, Australia. We’ll tell you all about the festivals in Sydney and the best events so you know when to travel to Sydney and have a memorable time.

Seasons in Australia are the reverse of those in the Northern Hemisphere, so keep this in mind when planning your trip. Spring in Sydney runs from September to November, while autumn is from March to May.

The average temperature during these months is a comfortable 20-25 degrees Celsius, making it the perfect time to enjoy all that Sydney has to offer without having to deal with sweltering summer heat or freezing winter conditions.

The best times to visit Sydney for a more relaxed holiday are during these shoulder seasons we mentioned above. At this time, you save on dollars, avoid the tourist crowd, and enjoy the best weather in Sydney. Temperatures are still mild and there is plenty to do, from visiting world-famous attractions such as the Sydney Opera House and Bondi Beach, to exploring the city’s many hidden gems.

Airfares and hotels are also cheaper during shoulder seasons, so you can stretch your budget further and enjoy more of what Sydney has to offer.

As we mentioned, fall or autumn in Sydney takes place from March to May. The average temperature during autumn is a comfortable 20 degrees Celsius.

During Autumn expect to find quieter beaches as the weather cools down, however, there will be more people in the city as school holidays come to an end.

One of the most popular events on Sydney’s calendar is the Gay and Lesbian Mardi Gras, which is held over three weeks in March and April. The festival celebrates diversity and inclusion, with a huge parade through the city center followed by parties and events at various venues across Sydney.

The Royal Easter Show is a huge annual event that has been running since 1858. It’s a great day out for the whole family, with carnival rides, animal shows, a sideshow alley, and plenty of food stalls. The show runs for two weeks in April and is held at Sydney’s Olympic Park.

Vivid Sydney is an annual festival of light, music, and ideas that takes over the city for three weeks in May and June. The festival features light displays and projections on some of Sydney’s most iconic buildings, as well as talks and performances from local and international artists.

In Sydney this season runs from September to November. The average temperature during spring is a mild 18 degrees Celsius, which means it is also chock full of outdoor events taking advantage of the beautiful weather.

This is a great time to visit one of the many festivals in Sydney such as the Sydney Fringe Festival, the Australian Wilderness Society’s Bushwalking Festival, and many more.

Sculpture by the Sea

Held annually in October, Sculpture by the Sea is a free outdoor art exhibition that features over 100 sculptures by artists from around the world. The sculptures are installed along the 2km coastline from Bondi Beach to Tamarama Beach, making for a beautiful and unique walking trail.

Held over the Labour Day long weekend in early October, the Sydney Harbour Regatta is one of Australia’s biggest and most popular yacht races. The event attracts over 200 boats and 30,000 spectators, making it a great spectacle for anyone interested in sailing or maritime history.

On the first Tuesday in November each year, The Melbourne Cup takes place. It is Australia’s most well-known horse race. The race is a fantastic excuse to dress up and go out with your friends for a day regardless of whether or not you’re interested in horse racing.

It takes place at Flemington Racecourse in Melbourne, with several activities and parties happening throughout Sydney on the day of the race.

Visiting Syndey in the Summer

Summer in Sydney takes place from December to February.

The average temperature during summer is a balmy 26 degrees Celsius, making it the perfect time to hit the beach or enjoy one of the city’s many outdoor activities. However, it’s important to note that summer is also the busiest time of year in Sydney, so accommodation prices will be at a premium and attractions will be crowded.

This is considered high season and as with all high seasons expect more crowds and higher prices.

This is one of the most popular tourist attractions in Sydney and it is a great place to get a panoramic view of the city. The tower is over 300 meters tall with a rotating restaurant and an observation deck. It’s perfect for a lunch or dinner date or even a romantic proposal.

This is one of the most famous beaches in Sydney and it is a great place to relax during summer. The beach has crystal clear water and it is perfect for swimming, surfing, and sunbathing. There are also plenty of restaurants and cafes nearby, making it a great place to spend a day.

Winter in Sydney runs from June to August. The average temperature during winter is a cool 14 degrees Celsius, so be sure to pack your warmest clothes if you’re visiting during this time. Winter is the quietest time of year in Sydney, so you’ll find that accommodation prices are more reasonable and attractions are less crowded.

Does It Snow in Sydney?

Although it rarely snows in Sydney, the city does experience an occasional winter storm. If you’re lucky enough to be in town during a snowstorm, be sure to head to one of the city’s many beautiful parks to enjoy the rare sight.

The Sydney Film Festival is one of the world’s longest-running film festivals and takes place over 12 days in June. Highlights of the Sydney film festival include screenings of new Australian and international films, as well as special events, workshops, and Q&A sessions with filmmakers.

This is a great time to visit for those who are interested in films, as the festival showcases a wide variety of genres from all over the world.

No trip to Sydney is complete without a tour of the Sydney Opera House. The iconic building is one of Australia’s most popular tourist attractions, and it’s easy to see why.

The Sydney Opera House offers tours of the building’s exterior, as well as guided tours of the interior. You’ll learn about the Opera House’s history and architecture, and you’ll even get to see some of the rehearsals and performances that take place inside the building.

If you’re interested in seeing a performance at the Sydney Opera House, check the schedule in advance and book your tickets early. The Opera House is home to a variety of shows and performances, so there’s sure to be something that interests you.

Group Trips and Events in Sydney

Sydney is a great place for a destination wedding, milestone birthday party, or significant corporate event. If your trip is for an event or you’re going with a large group, here are some tips to keep in mind.

Sydney has a lot of large events throughout the year, so it’s important to plan ahead and book your accommodation early. The top function venues will also book out months in advance, so if you have your heart set on a particular venue it’s best to start making inquiries as soon as possible.

When traveling with a group, it’s important to have a solid plan and itinerary so that everyone can make the most of their time in Sydney. Some of the most popular group activities in Sydney include sightseeing tours, wine tastings, and Harbour cruises.

Sydney is a beautiful city with a lot to offer, so whether you’re visiting for a specific event or just exploring with friends, there’s something for everyone. Just be sure to plan ahead and you’re sure to have a great time.

The Best Time to Visit Sydney, Australia Is Now

If you’re still wondering when’s the best time to visit Sydney, Australia, the answer is now! No matter what time of year you visit, you’ll find a wealth of things to see and do. Keep these tips in mind and you’ll have a great time, no matter the season or occasion.

The Importance of End-of-Life Decision-Making

Issues in Shipping and Logistics 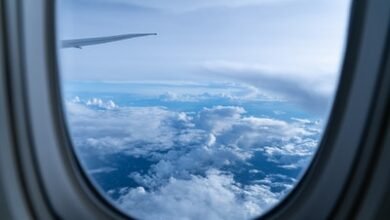 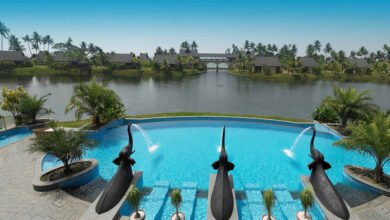 Exploring the Land of Smiles: The Best Thailand Cities to Visit