Hypertension is the other name for high blood pressure. Having various complications this is disorder can have various long-standing complications.

There are various disorders linked to the heart, kidney, brain, and others that can be caused over the years when a person is suffering from sustained high blood pressure for several years.

Among the primary risk factors are stroke, heart attack, other coronary diseases, and erectile dysfunction, and aneurysm.

In this article, we will see what correlation there is between hypertension and men’s health.

Damage to the arteries

People with sustained high blood pressure suffer from more internal blood flow pressure in the arterial walls. As a result of this over the years, the arterial walls would get damaged and they are not any more efficient in supplying the same amount of blood to all the organs and tissues in our body.

Another thing that may occur is a condition called an aneurysm which is a section of the artery bulging out as a result of excess damage. Due to this severe problems can arise such as huge internal bleeding which can be life-threatening.

Damage to the heart

Damage caused by sustained high blood pressure over the years can be immense. It severely increases the chances of coronary arterial disease. This is because the arterial walls get damaged and as a result, this blood does not flow as freely as it would. This causes chest pain, irregular heartbeat, and even heart attack.

Your left ventricle may also thicken over the years as a result of sustained high blood pressure. This occurs because the left ventricle faces more challenges to pump out blood efficiently.

Heart failure is another disorder that can be a result of sustained hypertension. This is because as a result of high blood pressure the heart muscles would grow weaker and weaker and eventually stop working.

Damage to the brain

Damage to your brain includes transient ischemic attack or a mini-stroke. This happens when there is a sudden disruption in the normal flow of blood. This would be caused due to hardened arteries or blood clots forming in the deformed blood vessels.

Stroke is yet another condition where improper blood flow would result in less supply of oxygen and nutrients to the brain cells and eventually they would die.

Sustained blood pressure over the years can also lead to disorders like dementia which is the lack of proper reasoning and logic or even mild cognitive impairment or basically loss of memory.

All these are caused as a result of the brain cells malfunctioning due to less supply of oxygen to the blood vessels in the brain.

Kidneys are organs that are responsible for filtering blood and ensuring unwanted fluid and waste are separated. Within the kidneys, you have very fine blood vessels. But due to sustained high blood pressure these minute and delicate arteries would get scarred and this would result in improper filtering of blood resulting in kidney failure.

Sometimes the events can become so severe that men may require to transplant entire kidneys or use life-supportive tools such as automated dialysis for survival.

Damage to the eyes is also common and sustained hypertension over the years may lead to damage of the retinal cells and this can cause other problems such as internal eye bleeding, blurred vision, or loss of vision. You can also be at more risk of diabetes if you have high blood pressure.

It can lead to ocular hypertension which is high pressure in the eyes. Your eyes may appear red due to high blood pressure.

Some other severe problems can have dangerous conclusions such as fluid build-up under the retinal cells that are called choroidopathy.

Your optical nerve getting damaged is a severe concern and this can cause internal bleeding that can make you entirely blind.

Men do have ED problems as a result of hypertension. There can be various types of ED problems such as ED or erectile dysfunction.

For those who don’t know about ED, it is a penis disorder that hinders men to have stronger and harder erections of the penis.

This hampers their ED life in general.

Hypertension is one of the physical disorders leading to ED. This occurs when the blood vessels and arteries are not able to carry blood as efficiently as they would otherwise.

Sustained high blood pressure can weaken the blood vessels and lower the amount of blood flowing into the penis tissues causing not getting hardened erections.

You can use medicines for this such as buying Fildena 100, Cenforce 100, Vidalista 20, from Arrowmeds.

But this is only a temporary solution and the desired hardness would only last a couple of hours.

Which Screen Recorder Do Most YouTubers Use? 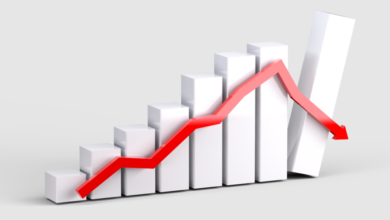 5 Ways to Improve Your Child’s Health 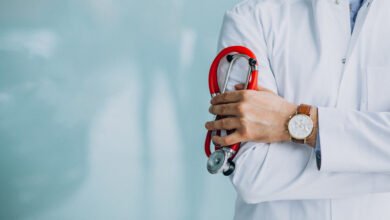 What Is Medical Malpractice? A Quick Guide