Basically, cosplay is an old term that is in use for almost a century. In performing arts, it is a costume that you wear to give appreciation to your favorite fictional or movie character. You might have seen people wearing the costume of spiderman, batman, Kenma Kozume, and many other real or fictional characters.

Some people believe that this is childish behavior to wear cosplay. But many others believe that it is a great way to show your affection with your favorite characters or personalities.

What is the Purpose of Cosplay?

The basic purpose of cosplay is to portray a character that you can do by exactly copying the character’s look. You can make a special dress that is known for that character or personality. With that, you can wear other accessories as well. Like if someone wants to portray “Krish”, an Indian movie character, then he will surely wear an eye mask along with the black dress.

You can use different props, wigs, and other accessories to add more details and can add your own flavor in that cosplay.

Captin America: Captin America is a famous Hollywood movie that is based on a fictional character. The name of the character is obviously, Captain America. A lot of young people love to portray that character by wearing its cosplay.

Batman: Another movie and a video game character is batman. Batman is very popular among kids as they want to dress up like a batman at their birthday parties. They also love to buy different accessories that have pictures of batman.

Kenma Kozume: Another great character who is a favorite of many kids. Kenma cosplays are available on almost every online store that has a section of the cosplays.

Kitana: She is a badass girl from the video game Mortal Kombat. Those who have played Sega games in the late ’90s or Play station might have played Mortal Kombat as well and they knew this character very well. You can find many girls wearing Kitana cosplay at different parties.

Many people confuse cosplay with costume. Actually, cosplay is the act of wearing a costume with a few more accessories. Cosplay word is the combination of Costume + Play, i.e Costume Play.

You can buy any costume that reflects a movie, book, or video game character. That costume might be handmade or of low quality and might be a little different. Whereas cosplay is a high-quality costume that exactly looks the same as the character of a movie, a book, or a video game. 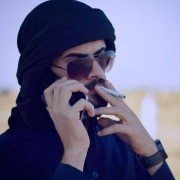 Popular DIY Fashion Jewelry and Bracelet Ideas For Girls in 2022

7 Types of Women Dresses That Every Woman Should Know