Did you know that the global software industry is worth around $430 billion? Clearly, there’s a lot of money to be made working in software.

But if you’re interested in having a software job, you’ll have to think about what role you’ll want. While people tend to talk about developers and programmers interchangeably, there are some major differences between the two positions.

So keep on reading and we’ll take you through the main differences when it comes to being a software developer vs programmer.

What Is a Software Developer?

A software developer is a professional who debugs, manages, and writes the code in a computer program. They specialize in a certain type of coding language.

A developer will work on other tasks related to software management, modification, and creation. This can include user experience, databases, architecture, and software documentation.

What Is a Software Programmer?

A software programmer is going to have a narrower scope of work compared to a developer most of the time. A developer will manage software projects in addition to revising and writing code.

This can include designing the software, giving instructions to programmers, and delegating tasks to other coders.

A programmer, on the other hand, is mostly focused on testing, fixing, and writing their code. The software programmer is probably going to be more technically skilled with specific coding languages compared to a developer.

Software programmers and developers share some job responsibilities. Both professionals will test, fix, revise, and make code to make sure that programs work properly.

Also, programmers and developers might check the compatibility of the software, use encryption, and organize software data.

With all of that said, a software programmer will usually be more focused on coding. Because they have specialized skills in coding, they will probably spend more time working on the backend of the software.

A programmer will use frameworks and libraries to constantly test their code.

A developer, on the other hand, will balance a wider set of job responsibilities. For example, they might make suggestions to programmers and analyze user feedback.

A developer might also work closely with people in the design and marketing departments.

A system programmer will specialize in software that helps maintain software for computing systems. This can include operating systems and database management.

Machine learning and AI engineers write code for systems that are meant to improve efficiency through automation. For example, they might make a chatbox that can respond to customer issues so that real people won’t need to.

As we’ve already noted, developers tend to take on a broader role than programmers. However, they can still specialize in software development.

A mobile developer is someone who works on programs for mobile devices like tablets and smartphones. They usually specialize in making apps compatible with different mobile operating systems.

A full-stack developer needs to know how to make and manage the back and front end of software development. They can help with how the code works in the background while also working on the user experience.

User interface and user experience developers work with how the customer experiences the final product. This can involve fixing the design of the software to make the layout easier to navigate.

It can also include testing software often with focus groups to work out specific fixes.

A game developer will be able to not just code games but understand game theory. You need to be creative and technically skilled at the same time.

One of the best ways to become a professional game developer is to attend a game development boot camp.

This is mostly because a software developer has a broader set of responsibilities.

Both software programmers and developers tend to work in an office environment. However, programmers are more likely to be able to work remotely.

After a programmer gets their coding instructions, they should be able to do their work from anywhere with a computer.

Understand the Differences between Software Developer vs Programmer

As we can see, there are major differences but some overlap when it comes to being a software developer vs programmer. By knowing what each role is about, you can pick the right position for you.

Are you looking for other career articles like this? Check out the rest of our site today for more!

4 Colorado Travel Tips for Your Next Snowboarding Trip

How Much Does Life Insurance Cost? A Detailed Guide 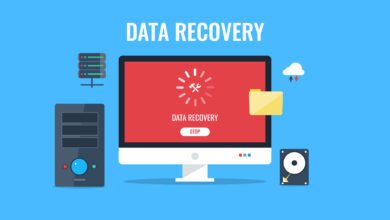