If you aren’t familiar with Saudi Aramco, it is a Saudi Arabian company that has been strong since its establishment in 1933. The company specializes in oil and natural gas production. To this day, Saudi Aramco has the world’s second-largest oil reserves and is statistically the largest oil-producing company regarding daily oil production.

Because of its financial strength and current position in the oil extraction market, many investors have pointed out that Aramco is one of the, if not the most important, investments in the current market.

The Saudi Arabian government started to buy off Aramco in the late 1970s, and in 1980 it increased its interest to 100%. For over 2 decades, the Saudi Government controlled and operated the company.

However, in 2018, the government started looking into the option of publicizing the company. They planned to release at least 5% into public trading in the early stages. But all through 2018 and the beginning of 2019, the Government encountered many setbacks while trying to make the company public and implement an IPO. Some major banks were against the IPO, and there were unexpected drone attacks in 2019 on a couple of Aramco facilities that delayed the process.

In November 2019, the company announced that about 1.5% of its value would be put up as an IPO on the Tadawul stock exchange. A few days after the announcement, it was also said that 0.5% of the shares up for grabs were for individual investors.

On December 4th, 2019, Aramco announced pricing for their shares in the IPO. At that time, the company priced its offering at SR32, or about $8.53 per share. From the IPO, Aramco raised over $25.6 billion, which made it the biggest IPO in history.

About a week later, the company started trading shares on Tadawul, and on that day, shares rose to 10%. The rise to SR35.2 gave the company a capitalization of $1.88 trillion, which broke the record for the largest listed company in the world.

Fast-forward to May 2022, and Aramco saw a spike in share prices, making the company the world’s top value company for a couple of hours.

Early on the 10th of May, the oil company’s shares went to SR46.2, upping the value to a whopping SR9.24 trillion or $2.463 billion. At that point, the tech giant Apple was valued at $2.461 trillion, giving it the number two spot. A couple of hours later, share prices went down again to SR46.05, making the market valuation at SR9.21 trillion.

Since then, the company has remained at that valuation, making it the second-largest company by market cap. The company has profited enormously with the soaring oil prices, which haven’t been like this since 2014.

Before we give you some tips and advice on how you can invest in a big company such as Saudi Aramco, we would like to provide you with some reasons why it is wise to start investing in this profitable company.

Here are our 3 reasons why it’s wise to invest in Saudi Aramco:

Learning How to Invest

Here are some of the steps that you will need to do after you have done your research:

At the end of the day, you are going into a competitive field. Therefore, make sure you spend as much time as possible researching the market.

While Saudi Aramco is a profitable investment move, always make sure you invest money you can afford to lose, understand risk management, and adopt a business mentality.

Types of Baseball Bats: Choosing the Right One

What Are the Most Popular Wheel Rim Colors? Essential steps for getting a small business loan without a collateral The Top 3 Business Finance Tips for Any Startup How to Choose the Best Crypto Trading Bot for You 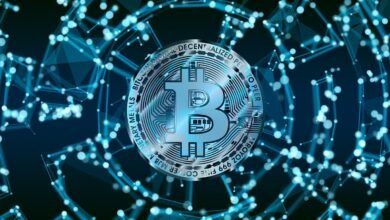