Have you recently gotten in trouble for a DUI?

We’ve all had a case of speeding or running a red light by accident. However, when you get a DUI, things can get a little more hectic. For some, it ends up being a simple warning or fine.

Others get a scary court date and the possibility of suspension or criminal charges. Regardless of what the police tell you, it’s in your best interest to always hire a lawyer.

A lawyer knows the system inside and out and can help you. Depending on the case, they might even help you get the whole thing dropped. For seven great reasons to hire a lawyer after a DUI offense, read on.

1. They Know the System

The first reason you should hire an attorney after a DUI offense is that they know the system. They know the relevant laws and procedures and what to do next. It’s well known that navigating the legal system in the US can be complex and near impossible for most people.

A lawyer helps clarify things for you. They’ll listen to your story of what happened and look over the available evidence. Then, they’ll be able to guide you through the system so that you know your rights and what you can or cannot do.

Minor offenses offer a bit more leeway. You could opt for a public defender or try to defend yourself – but that isn’t recommended for most. Hiring an attorney guarantees you’ll have a pro in your corner working to help you as much as possible.

2. They Can Help You Get a Lighter Punishment

A lawyer can help you get a lighter punishment. Part of this has to do with the question of is a DUI a felony or not? In most states, including Alabama, it can be both.

If it’s your first offense, or you haven’t had one in a long time, it’s almost always a misdemeanor. The exceptions are if you cause injury or death to anyone, physical damage, or have a minor in the car. If any of those factors are true, then your DUI could become a felony.

In Alabama, for example, a DUI felony is punishable with one year and one day of jail time, usually at the county level.

Your lawyer will know these laws well. Depending on the case, they could argue your DUI from a potential felony to a simple misdemeanor. Without their help, however, you’ll be at the mercy of the court and whatever defense you can cobble together yourself.

3. A Good DUI Lawyer Might Even Get You Off Scot-Free

The best lawyer is the one that can get you off scot-free. Again this will depend on the situation, but in general, an attorney could try and get your DUI charge dropped. There are many ways they can do this, but the first is on a technicality.

When the police officer stops you, they have to abide by certain rules. If they break these rules or deviate from the standard procedure, it could create an opening.

For example, in certain situations or jurisdictions, the cops don’t have a right to search your car. If they stop and search you without probable cause, then any alcohol or drug-related finds likely won’t be admissible in court.

This reduces the available evidence that a court could use to convict you of a felony. If the officer is unfair, you could get the entire case thrown out on a technicality.

A DUI carries with it a threat of losing your license. Most first offenders can get away with a short suspension, up to 6 months. However, an overzealous cop or court could call for your license to get revoked.

In some cases, you might get banned from driving for 2 years. This is, of course, assuming the DUI isn’t treated as a felony with mandatory jail time.

If you hire a lawyer, they can help save your license. They could argue for your clean driving record outside of the DUI incident. With the right amount of argumentation, they could turn a ban into a suspension.

They could also turn a long suspension into a short one or get it dropped altogether, leaving only the fine.

No one likes being stuck in a courtroom for hours on end. Having a lawyer after you get a DUI is like speed running through the case.

One of the benefits of having a pro who knows what they’re doing is you’ll spend less time in court. They know how these things go, what to say, and what documents to submit. You won’t have to worry about showing up in court, forgetting important things, and having to come back.

You’ll cut through the unnecessary filler and get straight to dealing with your DUI. The time alone this saves you is huge.

6. Stop You from Getting a Record

As we discussed earlier, a DUI could potentially turn into a felony with jail time. Of course, this could carry with it the stain of a criminal record. You don’t need anyone to tell you how difficult having a record makes life.

Getting some legal help from an attorney could be a life saver. If they manage to argue down to a misdemeanor, you’ll avoid a criminal record.
This would be the most ideal outcome, whether you still pay a fine or not.

Having no legal record of your DUI means it won’t hold you make in your life or career going forward.

An attorney can save you money. The fines for a DUI can get expensive, as can the time commitments. The longer you’re in court, the more days off work you have to take.

If you win and everything gets dropped, then the lawyer fees will be well worth it. If you lose because you didn’t get an attorney, the consequences are severe. You could pay thousands in fines, lose your car and license, and potentially end up with a record.

Why Hire a Lawyer Near Me for a DUI?

You should hire a lawyer for a DUI because they can help you reduce the severity of the charge. Depending on the case, they could save you jail time, a huge fine, a record, or the loss of your driving privileges. They’re experts in helping defend people, and they can do the same for you.

If you find yourself in need of more such advice or information, check out our other blog posts. Our site has plenty of articles for you to look through.

How to Become a Medical Device Sales Rep 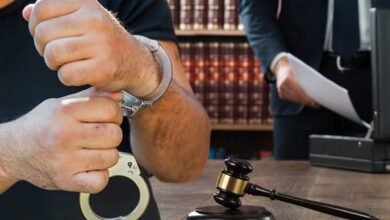 The Ultimate Guide to Hiring a Criminal Defense Attorney What should you need to consider before hiring a DWI attorney? Various Types Of Lawyers Available For The Clients 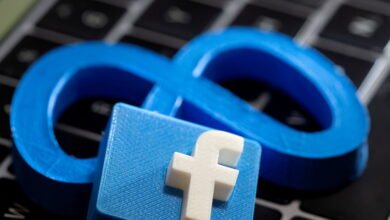