Without a constant source of water, almost every person or industry won’t be able to function. This is due to the number of sectors, whether consumer or commercial, that need a large amount of water to get by and last for a long time.

Fortunately, water cartage tanks are made to fulfil this demand. These multipurpose tanks are a great investment because they’re durable, job-specific, and have an astounding 15-year warranty. With so many functions, it’s no wonder they’re the go-to tanks for water storage and transportation purposes

Read on to find out what a water cartage tank is and what it’s used for.

What Is A Water Cartage Tank?

Cartage tanks are pieces of equipment used to transport large volumes of liquid in containers or tanks. Most of these long cylinder portable tanks are made from steel, fiberglass, or polyethylene plastic material, depending on whether the liquid is standard grade, such as water, or heavy-duty liquids, such as chemicals and petrol. The largest tanks are able to carry just over 15,000 liters of liquid.

These materials work best to keep the liquid inside safe and tightly contained while being transferred to their location. In situations where water supply is needed, these tanks are ready to bolt onto a truck, so they can be shipped over long distances without fear of weather or environmental or internal conditions compromising the quality.

There are many different types of cartage tanks created to suit various usage types and situations. The two main categories are the portable tanks, which are mobile, and storage tanks. The storage tanks are often made of concrete and are created to sit in one area, either underground or above-ground and integrated into a building’s plumbing and water pipes.

Additionally, water cartage tanks come in various bright colors to categorize them according to their respective uses. To keep them balanced, they’re mounted either on pins or anchors, especially if they’re large, such as road tankers. The top of the smaller tanks contain nozzles and valves to connect to a pump or spray to control the amount of water being released at a time.

There’s no doubt that the most frequent use of cartage tanks is to deliver water promptly and adequately to areas that need a steady provision of water. These are mostly to residential areas during a period of drought or water outages, or to business establishments and hospitals to supply such buildings with water.

In addition to this, cartage tanks are delivered to construction sites to be used for treating such areas, as well as mixing materials, such as cement, paint mixing, plastering, and providing ablution services. In terms of agricultural use, farmers utilize delivered water in spray tanks for watering crops and drinking for livestock.

Cartage tanks not only work for delivery purposes, but also for collection of sewage water. These are particularly helpful in rural areas where dispersed houses use underground pipe systems to collect, transport, and dispose of waste, as well as to manually clean out blockages in the system. The sewage pipes can be connected to the tanks and stored until the waste is pumped out and sent away. In particular, plastic-made tanks are easy to clean and sanitize without retaining unwanted odors.

Water has become the most important resource to preserve, and, thus, many people use cartage tanks to collect and store rainwater.

The tanks are installed as a rainwater harvesting system in a building or home. They contain internal water filter to process the rainwater before it can be used for cleaning or drinking. Furthermore, these tanks enhance fire safety as the water stored in them can also be used to douse a fire.

The food industry uses water cartage tanks to transport drinks from farms or any other primary sources to factories. Additionally, they can be sent to large outdoor events, such as music festivals and picnics for food trucks and organizers to be aptly supplied with milk, wine, juice, sauce, syrups, cooking oil, and other liquids that are temperature- and environment-sensitive. Water cartage tanks are perfect for such purposes as the materials and inner lining are built to keep these liquids fresh while in transit and while in use.

Water cartage tanks are cylindrical containers made from durable materials to protect the liquid inside from outside contaminants. Some are made to be portable, while others are constructed to remain in a single area.

These tanks are used to transport and store consumables, waste, or industrial liquids over far distances. They’re mainly utilized by households, commercial entities, as well as agricultural, construction, and food industries for drinking, collecting, watering, and cleaning. They’re also kept on standby for fire emergencies. As such, cartage tanks are versatile and useful for everyday use. 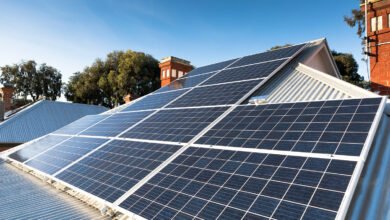 Solar Panel Savings: Is It Worth the Installation Cost?

Building a Home on Your Own Land? Read This First!

5 Declutter Tips for a Cleaner Home