Gun violence has never been more common in the U.S. as it is today. According to the most recent findings, gun-related injuries led to the death of 45,222 Americans in 2020 alone.

Nonetheless, it is clear that guns can also be used for good purposes, especially for self-defense. And if you’re thinking of buying your first one, then you’ve probably often wondered about the question, how much do guns cost?

Like other things in this world, various factors are at play in terms of gun cost. Let’s look at each of them so you get a better appreciation for the values and prices of these ranged weapons.

When considering the price of a gun, don’t forget to consider the cost of ammunition as well. The more you need, the bigger your budget should be.

Many people go into gun-related hobbies, such as engaging in virtual reality guns and activities. These hobbyists are very passionate when buying their stuff.

For example, when they purchase VR gun stocks and other accessories, they can only be from trusted manufacturers.

When it comes to real guns, the more meticulous the buying process should be, if only to ensure that you get a high-quality product.

The cost of guns can also be affected by their history. Have you heard of George Washington’s saddle pistols? They were originally given to him by his French ally, Marquis de Lafayette, during the Revolutionary war.

Those pistols had since been sold at an auction for a whopping price of  $1,896,000! Of course, these types of guns would normally be bought as collectibles by gun aficionados.

A gun’s added features will also naturally play a part in how much it would cost. For example, Corner Shotguns, which are known for their ability to shoot around corners, can cost at least $2650.

The ADS, an assault rifle created for underwater shooting by combat divers, can cost way above the $1000 price tag of regular rifles.

Did you know that pistols, revolvers, and similar guns get taxed at 10%, while rifles, shotguns, and the like have a tax of 11%? These things factor into a gun’s cost as well.

For example, revolvers and pistols are usually sold in the U.S. for $300 to $800. Somewhere in those prices is a 10% tax that the dealer would have considered in pricing his product.

Learn How Much Do Guns Cost Today

It’s a question that will be in the minds of those who are seriously considering getting a gun for the first time. And it’s a good question to ask how much do guns cost because guns are not generally cheap.

If you’re going out to buy one, make sure you make the above considerations so you can make a better buying decision.

We have more articles that discuss engaging topics. Check around our blog to find more nice things to learn!

How To Choose the Best Search Engine Marketing Agencies 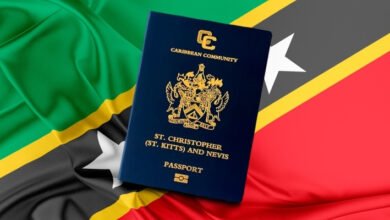 How to remain undetected while using APEX Legends Cheats!