Motorists are usually found at fault in car-bike accidents, but this depends on various factors. In some situations, bicyclists may be substantially responsible for the accident. It is common for bicycle accident cases to be judged based on the degree of negligence of each party. When a person neglects their responsibilities, they are breaking the duty of care they owe to another and are negligent. For example, drivers must maintain a safe driving record and abide by all local and state traffic regulations. While on bikes, riders must also be alert to their surroundings and adhere to traffic rules. When a person’s failure to exercise reasonable care, then this act of negligence results in an accident, which may be liable for the resulting harm.

Consequently, even while motor vehicle drivers can do more harm to bicycles than they can, this does not indicate that the riders are always at fault. Numerous considerations, like knowing the common causes of bicycle accidents in Florida, are considered to determine whether or not a motorist is guilty or innocent in an automobile accident.

Here are some pieces of information that you should know about vehicle vs. bicycle accident responsibility:

When is the Cyclist at Fault?

The traffic laws are used to identify who is responsible for a collision between an automobile and a cyclist. The cyclist is likely to be accountable for the crash if they were riding across lanes, cycling on the sidewalk before abruptly crossing a road, or merging into traffic without stopping.

When is the Driver at Fault?

To be on the safe side, motorists have a greater responsibility to watch out for bikers and check for them before making a turn. The driver would be liable for any damage incurred if they failed in their duties and collided with a cyclist.

Other Things to Consider

Accident laws for these circumstances may differ from state to state. Therefore it’s vital to be aware of the possibilities.

Although it is challenging to prove, if a manhole or other road debris led the rider to swerve, the locality might be held responsible for inadequately maintaining the road. Even if there were no defined bike lanes nearby, a car might have been negligent if they failed to see a cyclist. If there is any uncertainty about who is to blame, the fact that the rider was wearing visible clothing and had working headlights may help.

Identifying Who Is at Fault in a Bicycle Accident

If a motorist’s negligence led to a collision with a bicyclist, the at-fault motorist’s insurance company would be liable for the bicyclist’s damages. Their medical expenses, lost wages, and property damage expenses are all covered by this insurance. Additionally, they’ll receive compensation for their pain and suffering.

Injury verdicts and settlements in bicycle vs. automobile accidents can vary substantially from one instance to the next. How much your case is worth depends on a wide range of criteria, including how severe and long-lasting your injuries are, how long you will be unable to work, and many others.

Some victims may require extensive medical care and may be unable to work for an extended period as a result of their injuries. These two factors increase the amount of compensation they are entitled to in the event of an accident. Most settlement funds are allocated to non-economic damages, such as pain and suffering.

It would be best to see a qualified personal injury attorney assist you in evaluating the full extent of your damages and losses after a bicycle vs. car accident.

Everything You Must Know About Carrom Rules

TrueBasics Glutathione and its Benefits 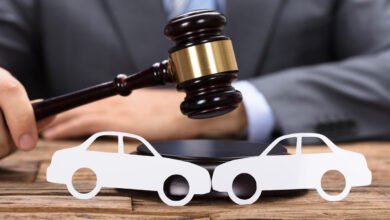 When Do You Need Real Estate Litigation?