With over 1.3 million electric vehicles on the road in the U.S., 79% of those vehicles are Teslas, according to Treehugger. These cars use a renewable resource that is both cheaper, and more environmentally friendly than gasoline, furthermore, electric vehicle owners can also save money by charging at the correct times. This is where the Optiwatt app comes into play.

Optiwatt is a platform created by CEO Casey Donahue; it syncs up with your home electric provider to pinpoint the highest and lowest power utilization times and automatically charges your Tesla during off-peak hours when electricity rates are the cheapest.

With a worldwide push to be more environmentally conscious, there has been a major rise in demand for electric vehicles. While overall vehicle sales declined worldwide by 16% in 2020 due to the pandemic, the number of electric vehicles registered globally increased by 30%, according to IEA’s Global EV Data Explorer.

“I think we’re ﬁnally reaching a tipping point where the infrastructure is strong enough to lead to the mass adoption of electric vehicles. Companies, such as Optiwatt, are proving that electric vehicle ownership is signiﬁcantly cheaper — just from gas versus energy savings perspective alone,” Donahue said.

Tesla is the prime example of the recent electric vehicle frenzy, having become the fourth-largest automaker in US auto sales, despite having only released their ﬁrst car in 2008. Many people assume that after switching to an electric vehicle, they’ll never have to pay for gas again. While technically true, many converts quickly realize that while they may not be polluting the air with harmful smog, the electricity needed to power their new eco-friendly cars still costs money. The Optiwatt app is the solution to lowering costs while also looking out for the environment.

The U.S. is not the only country that has been making an effort to preserve the environment. Many other countries are focusing on protecting the planet and reducing their carbon footprint as well. In Australia, there has been a jump in EV sales by over 5,000 cars since 2020, according to Statista.

“Australia, in particular, is a very innovative, energy-centric country. They have real-time pricing and a lot of time-of-use utility plans. So, we’ve seen an enormous amount of traction in Australia by helping those users schedule their Teslas on real-time plans at off-peak hours,” Donahue said.

Real-time plans change the process every ﬁve minutes to account for any changes in price. By using Optiwatt, users can guarantee they get the lowest electricity rates possible “You need a very dynamic algorithm in order to keep up with the rates,” Donahue said. “And Optiwatt is able to provide that to our Australian users and Canada, as well. Since Canada has a lot of hydropower, it gives us a lot of ﬂexibility in when we can charge people at green times, also known as environmentally friendly times.”

It’s clear that electric vehicles can make a tremendous impact on our environment, improving air quality, reducing the need for drilling, and protecting the ozone layer. By using the Optiwatt app, users can save another very important resource: time. The app allows users to set their desired departure time and battery level, and passively works around their schedule. For example, you can set Optiwatt to recharge during your lunch break so you have enough juice for the rest of the day.

“It takes about 30 seconds to sign up. And once you do, you don’t have to think about when you should charge your car at any point. It’s completely managed by Optiwatt,” Donahue said.

The Tesla Model 3 is the most popular vehicle in Tesla’s lineup, as well as the most popular electric vehicle on the market, according to Business Insider. As far as its battery life, it takes about 8.5 to 10 hours at 220 volts to get to a full charge. Essentially, you would want to charge the car overnight to save time and ensure it can take you to your destination the next day. The Tesla Model X and Model S have a battery capacity of 75 kWh and 100 kWh, respectively. Exact charging times vary by Tesla model. Optiwatt automatically analyzes the price of electricity for your home, the time you need the car to be charged, and when to charge your car at the cheapest intervals.

Though Tesla itself has an app to schedule charging times, it does not charge your car at the cheapest rates, nor does it take factors such as departure logistics into consideration.

“Half the battle is just understanding your electricity rates and understanding when to charge it and then automating that. Optiwatt adjusts to holidays, weekends, and hours throughout the day. For some people, the cheapest charging times actually shift throughout the seasons. We’ll follow that trend throughout the whole year and make sure we adjust accordingly. Optiwatt also lets you actually see what you’re spending to charge your Tesla. Since Tesla doesn’t have that integration with electricity rates, they’re not able to show you an exact dollar amount you spent charging at home,” Donahue said.

Electric vehicles are the future of transportation if we want to ensure that we as a planet are progressing in a sustainable way. Electric cars are more eﬃcient because they are powered by electricity, not gasoline, cutting out the harmful emissions that come with burning gasoline. With the positive trend of seeing more electric vehicles on the road, the need for an app like Optiwatt is necessary. Electric vehicles are already great for the environment, but saving money while simultaneously putting less stress on the power grid can feel so much better.

Electric vehicles are becoming more popular in Europe, with Norway aiming to be fully electric by 2025. Electric cars are increasingly being hailed as the way of the future, with sales already outpacing those of their hybrid predecessors. Electric cars are catching on because their overall eﬃciency is much higher than gasoline cars, while their cost to maintain is much lower. When using the Optiwatt app, both of these beneﬁts become obvious.

Though fully electric vehicles can be more expensive initially, costing about $15,000 more than a gas-powered vehicle on average, you’ll deﬁnitely come out ahead with your savings in the long run. Electric cars are cheaper to maintain and their operating costs are much lower; there is no need for oil changes, tune-ups, and a lower need for brake pad replacements. Electric cars also have many advantages over hybrid cars. Electric motors run quieter than internal combustion engines, and they can provide more torque and a smoother ride. Not to mention, being all-electric is a sounder decision than relying on the constant ﬂuctuation of gas prices.

“Optiwatt will shift millions of electric vehicles to the most environmentally friendly time to charge, which will reduce the number of emissions needed to create energy by up to 50%. Not only are we encouraging the adoption of electric vehicles by saving drivers money and making their life more convenient, but we’re also going to control the charging times of those electric vehicles in an automated way to reduce the overall emissions of the energy being created to power those vehicles,” Donahue said.

Metadata Management and Its Best Practice 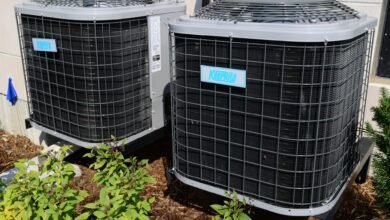 Evaporator Coil Repair: What You Need To Know 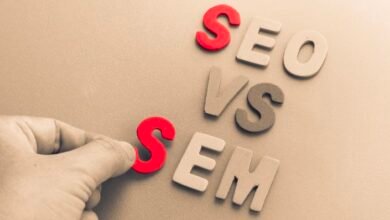 The Key Difference Between SEO and SEM Explained 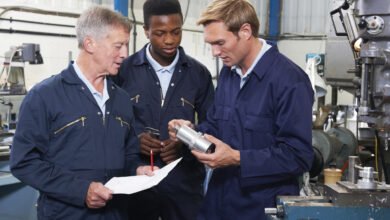 What Does an Engineer Do? An Informative Guide