While manufacturing, assembling or repairing a device, it is pertinent to know the products electrostatic discharge susceptibility. The advancements in technology has enabled us to carry out such testing which can do exactly this.

All around the world, electronics manufacturers use electrostatic discharge testing for testing this vulnerability of their products. An Electrostatic Discharge Gun, or an ESD gun, can aid in the discovery of regions vulnerable to ESD damage. Furthermore, it can optimize ESD mitigation throughout the idea and design stages of product development by using electrostatic discharge testing models. This article will be looking at the ESD gun, its functions and overviewing the ESD simulator as well. 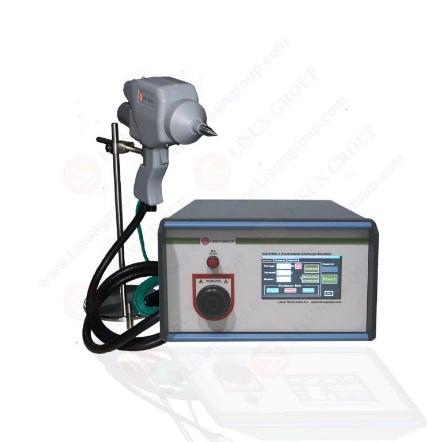 An ESD simulator, commonly known as an ESD gun, is an instrument used to test the durability and immunity of devices towards electrostatic discharge. These guns are generally used in electromagnetic compatibility laboratories LISUN. When two objects that have difference in their electrical charges, come into contact or even close proximity to each other, electrostatic discharge pulses are created. These pulses are fast and high voltage in nature and their recreation in a test environment enables one to figure out the immunity of the device being tested towards electricity discharges that are static in nature.

ESD testing is important for many suppliers in line with electromagnetic compatibility testing as well as to get the CE mark, which signifies that the specific device, after assessment, meets the requirements pertaining to health, safety as well as environmental protection. This kind of testing serves to remove the human factor and automate such testing.

For the simulation of different charges, most ESD guns have interchangeable modules that have diverse discharge networks or Resistance Capacitance modules. Similar to loading some handguns, these modules can be slid into the pistol portions handle of an ESD simulator.

ESD simulation is generally done in two ways; the contact method as well as the air method. ESD testing done through contact method is concerned with eliminating environmental effects like humidity and temperature. In this test the ESD generator is directly in contact with the device being tested during the entirety of the test. Although this method is consistent across conditions, contact ESD doesn’t really occur naturally.

On the other hand we have air method, which is when the charged generator or the discharge object, like an ESD gun, is brought towards the device under test. A number of factors impact ESD testing and these events commonly take place in places with low humidity and temperature environments.

It is seen that ESD simulation enables manufacturers to figure out if their products might create electrostatic discharges or are susceptible to such discharges. This, then makes them look at appropriate protection and immunity aspects in the design of their product. Thus, the end result, with the help of an ESD gun, is a durable device with a good shelf life.