Memes have become so popular in the internet era that you would think that they came to the scene at around the same time or right at the advent of social media – but you’re dead wrong on both counts. The thing is memes predate the internet by decades; they even predate the word ‘meme’, which was coined by evolutionary biologist Richard Dawkins in his 1976 book ‘The Selfish Gene.’

Yes, you read that right, memes weren’t born in the 2000s along with the birth of social media sites like My Space and Facebook and online gambling platforms. While memes about casino bonuses and other types of gambling at cutting-edge platforms like vulkanvegas.com and memes such as that of Bernie from ‘How I Met Your Mother,’ the famed American sitcom, were incredibly popular at that time, the history of the meme is much longer.

The definition of the term is basically ‘an element of a culture passed from one individual to another by non-genetic means,’ just like a gene usually replicates itself through generations. So, it could essentially be an idea, behavior or style but with slight tweaks because of human individuality. While our current understanding of memes is closely tied to interesting images and gifs that spread from device to device through the internet, the original consensus was catchy traits or behavior that are spread from brain to brain.

The internet meme, the version of memes that we identify in our day, was first suggested by Mike Godwin in his article in the Wired Magazine in 1994, where he referenced his newly formulated Godwin’s Law of Nazi analogies, of course, with inspiration to Dawkins’ genetic comparison. However, it was until the 2000s that memes started propagating at lightning speed. At this point, the journey to memes as we know them began.

Initially, they consisted of images and gifs without text, intended to be humorous like the hamster dance. Then came the demotivational memes that portrayed precarious situations with sarcastic motivational text that are still hilarious to this day. Demotivational memes gave way to the popular top text-bottom text image macro style memes. The image macro was a game-changer in the meme world and gave rise to memetics such as ‘advice animals,’ providing actual advice or malicious advice to deliver a joke, as well as those based on movie characters, pop culture and catch-phrases.

The Rise of Social Media Memes

Platforms like Albino Blacksheep and Funny Junk allowed creatives to submit video content including flash animations and react in a social setting before YouTube came around later in 2005. With YouTube, all you needed was an internet-connected computer and a camera, and you were a meme genie. This is when the concept of going viral began to take off, giving rise to some kind of meme ecosystem where we have memes becoming a hit one day, then growing stale after a few days, weeks or months, creating a demand for newer funnier memes.

2011 marked the year that we started calling them ‘memes’ when the concept became mainstream. 4chan and Reddit have played such a big role in the liberty that meme creators can enjoy because of constraints that freedom of speech cannot provide. The anonymity that these sites offer to creators has burst open the seams of satire as nothing and no one is off-limits. Some of our favorite meme characters of all time are SpongeBob, Harambe, Grogu and Pepe the Frog, but since 2016, Trump has been featured in countless memes as himself, although his face has been fused with Pepe or Simpson characters, making him the most memed politician in history and revealing his unpopularity.

Some of the most popular memes so far in 2021 include:

The Meme Culture Lives On

At the moment, the number of memes is considered infinite as new ones keep popping up every other minute. Of course, factors such as ease of creation, including meme generator apps and social media, especially Facebook, have contributed to their fast growth. And as Professor Dawkins puts it, ‘the internet is a first-class ecology for memes to spread’, and this could not be truer.

While the lifespan of memes depends solely on people’s tastes, most last longer than others, while others trend for only a while, and if they do not evolve into more interesting memes, natural selection will occur, and it dies out. However, we have to give praise where it is due because, without the early memes, we wouldn’t be filling our lives with laughter through the sheer volume of memes to explore.

Essential tips on how to get rid of foot problems

How Gamification Helps You Deal with Money Issues? 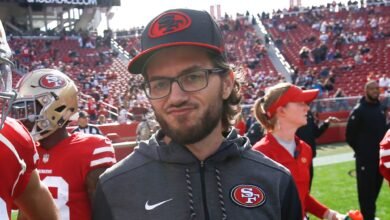 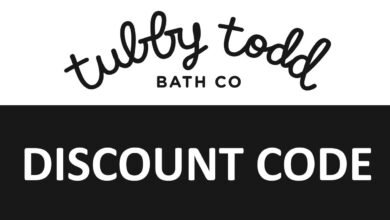