Czech Republic vs Denmark Full Match Highlights – In this game of UEFA Euro 2020 Czech Republic and Denmark teams are face to face. This match is being played in Baku Olympic Stadium. This stadium is located in Baku, Azerbaijan.

In the first half, Denmark’s team took the lead of 2 goals, showing a great game. Denmark maintained its dominance in this game from the very beginning. Thomas Delaney scored in the 5th minute and gave his team a 1-0 lead. Even after this, Denmark continued the attacking game. They soon got the benefit of which.

In the 42nd minute, Kasper Dolberg scored the second goal for his team. This goal gave Denmark a 2-0 lead in the first half.

In the second half, the Czech Republic made a wonderful comeback. Scoring the goal at the beginning of the second half kept the hope of a comeback in this game. Patrik Schick scored this goal in the 49th minute. With this goal the score of the game became 2-1.

After this goal, no other goal could be scored in this half. And the match ended on the score of 2-1.

Denmark showed a great game by defeating this game Czech Republic and won it 2-1. With this win, Denmark’s team confirmed its place in the semifinals. Czech Republic’s journey in this tournament ended here.

Differences between orthodox and unorthodox spins 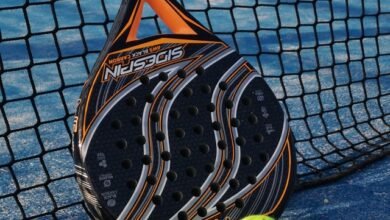 An introduction to Padel: the popular new sport